It’s been several years since they appeared in our phones. Before their arrival we used the two points, the minus and the parentheses closed to send a smile to a special person with emoticons, I still do it today, but this is another story 😀

Well I’m talking about the emoji, those little yellow faces with facial expressions at first, it all started out that way.

I, and most of us, started using them in smartphones to express our emotions, but if we do a web search we’ll find that the first ones were born in Japan in 1997.

After this brief introduction, we also wanted to celebrate July 17, 2020 as World Emoji Day. Expressing one’s feelings through symbols has been a great inspiration in many of our projects.

The first ever is our ENSO SMILE T-shirt which represents our reinterpretation of the Japanese Enso which is the most common subject of Japanese calligraphy, symbolizing enlightenment, strength, the universe. We in Life Sentence Industry wanted to integrate the smile because whoever wears this shirt is and meets people who, like him or her, have in their smile the foundation of their day and is a positive person by nature. 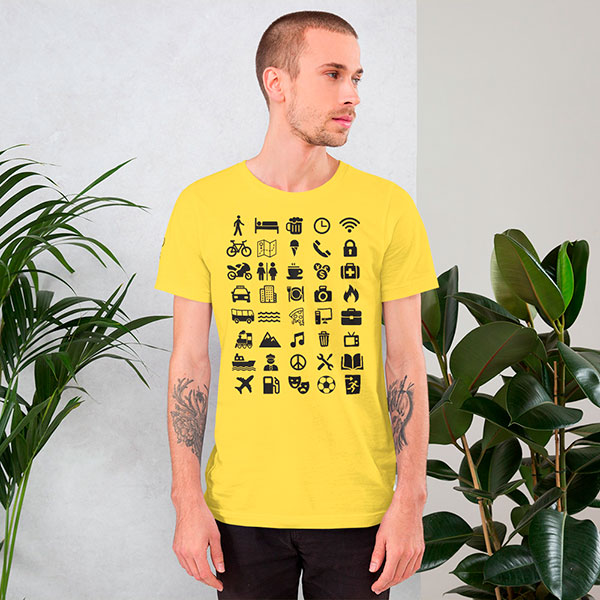 Emoji are not only expressive faces, but over time they have expanded to include flags, symbols, objects and more. Today on Whatsapp alone there are 900 emoji divided into 5 categories. Looking at them we came up with an idea while we were on a trip and we were in Indonesia. Not everyone we met knew English but if you want to survive abroad you have to find a way to communicate with the locals. What we cared about was not establishing long dialogues but just expressing our basic needs, such as drinking, eating and going to the toilet. We started doing surveys in our Facebook Industry Mood Italia group, we asked the community what they wanted to include in this project and so our TRAVELLER jersey was born.

Tell us in the comments which is your favorite emoji, we hope to have given you some ideas to better face the world emoji day.

Do you want to save 15% on your first purchase and get the new discounts before everyone else? Sign up now!

CERTIFIED REVIEWS
We use cookies to make sure you have the best experience on our site. If you continue to use this site we assume that you are happy with it.OkPrivacy Policy